They usually consist of early crypto bulls who has earned millions over the years and decides to spend it on something worthwhile. The Winklevoss Twins, the creators of the New York-based exchange called Gemini, have taken an interest in crypto arts auctions. In March 2018, Chris Larsen, the co-founder of virtual currency Ripple, has donated US$ 29 million to fun 35,000 classroom projects on DonorsChoose.org and their cryptocurrency XRP had increased over 36,000 % in 2017 but a single XRP, at the time of writing, equals US$ 0.277330, according to CoinMarketCap.

According to the Google dictionary, an evangelist is a person who seeks to convert others to the Christian faith, especially by public preaching. In the context of cryptocurrency, the evangelists are people looking for ways to engage people in entering the cryptocurrency market. The CEO & Co-Founder of Coinbase, Brian Armstrong, can be thought of as one of the first popular evangelists as he was one of the first to introduce a consumer-friendly face on the cryptocurrency market. His service has overtaken the $1 billion mark in revenue from trading fees by the end of 2017 and now has over 20 million users. The mainstream interest in cryptocurrency market has allowed for the creation of more options to the people as companies like Square, Robinhood, and Circle have begun to debut in crypto-trading applications.

They are people or companies who use cryptocurrencies to increase the stock by adding variations on “blockchain” and “crypto” to their names. Canadian gold-mining company, Leeta Gold, have started to mine cryptocurrencies and changed their name to Hive Blockchain Technologies. Kodak and people launched KodakCoin can use it to license photographs. The American meat and cold cut production company, Oscar Mayer, introduced “Bacoin” as a joke and claimed it as “the first-ever cryptocurrency backed by the gold standard of Oscar Mayer Bacon.” On top of that, the beverage maker, Long Island Iced Tea became Long Blockchain.

These are people or companies that provide fake and misleading altcoins or ICOs to investors with a fake promise of high returns as cryptocurrencies continue to increase rapidly in number and are still highly unregulated. In simpler terms, a hustler is a scammer or fraud. A recent study found that 80% of ICOs are fraud. Some are led by con artists who issues white papers about their work to have some credibility while the others are backed up by a VIP. A great example of this is the altcoin, Petro, that was promoted by the 63rd President of Venezuela, President Nicolás Maduro Moros, as an alternative to their ever declining local currency.

They can be thought of like the police or court for cryptocurrencies. They are created to ensure that the cryptocurrencies, exchanges, and their coins don’t delve into the illegal side of things and offers a sense of safety to the users. It’s been nine months since a cyber unit was established to bring down ICO scams and fraud. The 65th Attorney General of New York, Eric Tradd Schneiderman, initiated an inquiry about how exchanges like Coinbase can protect their investors in April 2018. In June 2018, the US Securities and Exchange Commission (SEC) has appointed Valerie A. Szczepanik as the SEC’s first crypto czar to solidify its regulatory efforts. The Department of Justice is examining how traders are influencing the price of cryptocurrencies.

In the context of cryptocurrency, a skeptic is a person who has a questioning attitude or a doubtful attitude about the cryptocurrency world. They usually question the validity or authenticity of cryptocurrencies. Bill Gates, the founder of Microsoft Corporation, spoke of cryptocurrencies as “one of the crazier speculative things” he’s encountered. The chairman and CEO of Berkshire Hathaway, Warren Edward Buffett, implied cryptocurrencies as an illusion. The Data Consultant & Blockchain Specialist of PwC, Alex de Vries, discovered that the electricity required to generate one crypto coin is equivalent to the power consumed by the average American household in 2 years. If this is true, then it’s very much possible that crypto mining could eat up 0.5% of the world’s electricity in 2018.

While some of the people entered cryptocurrency world as a fraud or with negative views on the said world, many of them have been very optimistic about it. The Founder, Chairman, and CEO of Intercontinental Exchange and Chairman of the New York Stock Exchange, Jeffrey Craig Sprecher and Goldman Sachs have begun to move forward with the intention of opening a bitcoin trading platform.

They consist of small-scale investors that are often ignored by the crypto frenzy. They are families that are exposing themselves to the cryptocurrencies’ circumvolution by draining their savings accounts or even selling their homes to purchase a bitcoin. According to a study done on 1,000 students, one in five students used their loan money to but cryptocurrencies. A Reddit post posted by a graduate student revealed that he had debt US$ 50,000 after trading with bitcoin and thus had to file for bankruptcy.

This group consists of celebrities stepping into the cryptocurrency world. Paris Hilton, DJ Khaled, and Floyd Mayweather have been reported with the attempt to sell sketchy ICOs which prompted the SEC to issue a warning about the dangers of fraudulent investments. Dennis Rodman stalked the Trump-Kim Summit at Singapore on a trip that was sponsored by a cannabis coin called PotCoin in June 2018. This earned them a lot of publicity. 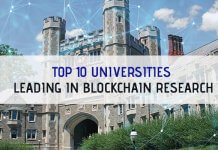 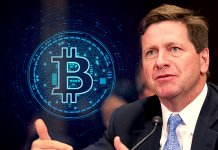