Traders have been dabbling in altcoins after speculative trades have hampered the returns in Bitcoin and Ethereum. In the altcoin universe, DASH and  LITECOIN have stood apart from the crowd leading to the questions about which coin will outperform? For an informed insight the reader first needs to understand the specifics of both the coins and what sets them apart.

Dash is the next generation altcoin created on the core code of Bitcoin by its developer Evan Duffield and got its name from ‘Digital Cash’. It was originally known as the “XCoin” and later “Darkcoin”. As the currency progressed and got redefined from time to time it was finally coined as Dash in 2015. It is popular due to its rapid transaction speed.

It is riding high from a measly $0.6 at the end of February 2014, a month after it was introduced, to a whopping $964 by January 2018. It has given best returns very much like its predecessor, Bitcoin with its current price is hovering around a sober $65.88.

The peer to peer digital currency which lets the user transfer payments nearly at zero cost to anyone in the world is known as Litecoin. It is an open source network that does not have any centralized system.  The currency was created in 2011 by Charles Lee in a bid to complement Bitcoin and operate as digital silver. It gained instant fame among developers and investors.

Which Coin is a Better Option?

Litecoin became popular during the surge of currencies in December,2017. It gained over 60% in the first half of 2018. It had gained popularity on grounds of being 4 times cheaper than bitcoin transactions.

Now, when it comes in comparison with Dash, it loses some ground. One of the most important features of Dash is its high transaction speed. Furthermore, it deals with scaling and usage issues which Litecoin has trouble in solving. Most researches and studies say that Dash has an upper hand over Litecoin due to its InstantSend feature.

This feature allows users to send and receive coins simultaneously. When a user sends coins with the help of InstantSend, the transaction comes in contact with the various master codes in the blockchain. Now if there is any trouble in sending the coins then it faces instant rejection and the user does not have to worry about double sending.

In Litecoin, there are times when the transaction shows pending but the coins have already deducted from the account of the user. During these times the user has to wait for the coins to get transferred to his account and then make a fresh payment.

Dash is great for conducting arbitrage and its master node network allows ownership of 1,000 Dash to run a Masternode which earns 6% annually in block rewards.

It is clear that Dash have an upper hand over Litecoin. While some of the researchers may argue that Litecoin transfers are cheaper this views have been overturned again by Dogecoin and there will be further blockchains that will continue to be cheaper. 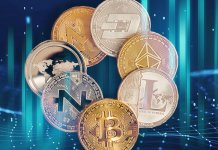 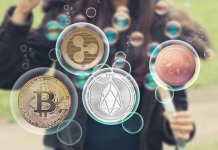 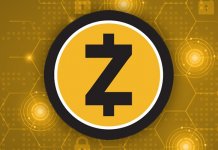 Zcash (ZEC) - All You Need to Know